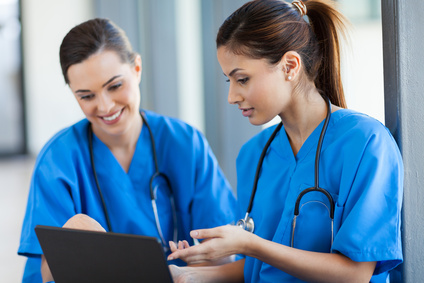 While I was on my way to see a patient in the hospital recently, I was greeted by a nurse on the ward that I had not seen in a while. She asked me how my sex show was doing and I updated her with some recent changes and also advised her that I had just started this new blog! She pointed to her RN colleague, Mary and said, “Mary needs you”. Mouthing the words, Mary said, “I am very dry down there.”

I asked fifty-five year old Mary if vaginal dryness was her only symptom – she said yes and no. She then told me that her sexual desire had also decreased. I told Mary, “You need a consult,” and she laughed, knowingly. I took Mary to the med room for privacy and educated her about vaginal dryness being the hallmark symptom of a common condition in postmenopausal women, called Vaginal Atrophy. Mary’s last period was one year prior which meant she was officially post-menopausal.

I then asked if her low sexual desire was in relation to the vaginal dryness – she said yes and no. On the one hand, she said sex is painful (because of the dryness issue) but she also found sex to be boring after many years of marriage. This is a very common complaint for couples who have been in long term relationships. She said her husband was ok about it, but he would make jokes when they had not had sex for a long time which made her feel badly.

When couples get out of the habit of having sex it is difficult for them to get back at it, and this may negatively impact a relationship. Mary told me that she had “desire for desire” but could not even address it until her vagina felt better. For this reason, I recommended that she speak to her pharmacist and request RepaGyn® (no prescription necessary). I advised Mary that RepaGyn® hormone free ovules are inserted into the vagina daily for one week and then twice weekly for the rest of her life, and informed her that this medication took two to three months to optimize but that she would start to feel better within a few weeks. Mary was quite thrilled to learn of this. I further suggested that she speak to her doctor about her vaginal dryness and inform her that she is planning on trying RepaGyn®.

Having a good rapport with one’s doctor and being open and comfortable to discuss vaginal and sexual health issues is very important for women for their overall confidence and health, sexual self esteem which is helpful in getting couples back to the bedroom.

3 thoughts on “When a Nurse Needs a Nurse”