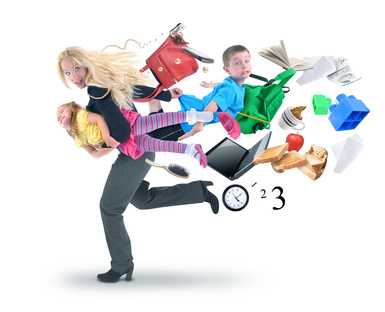 I had a sneaking suspicion that a lot of men listen to the CKNW Sunday Night Sex Show; however, I was not aware of the impact it was having on their wives. Now I know...

I had a couple in their thirties who presented with a multitude of relationship troubles, mainly desire discrepancy.  He wanted it more (what a shocker!). He was a regular listener to the show and had heard me speak about the importance of sex in a marriage. June and Cameron had three school age boys under the age of ten and both were working outside of the home.  The lion’s share of the work was left up to June who did all of the cooking, cleaning and after school pickups and driving.

Cameron felt that June catered to the boys and spoiled them by doing everything for them. June, on the other hand, felt that Cameron was too tough on the boys and had unreasonable expectations of them. June felt she was having to defend the boys behavior to her husband and this created an unhealthy dance. This couple did not have a lock on their bedroom door and June confessed she was nervous that the boys might walk in on them when they were having sex and felt very uncomfortable.

June was experiencing vaginal dryness and said that the last time they had sex it was very painful - she said it felt scratchy like sandpaper.  She thought she was too young, at age 39, to be experiencing this. I assured her that although vaginal dryness is common for menopausal women, it may begin as early as age 31 for some women.

Help is on the Way!

There were several steps necessary to help this couple. First and foremost, a lock on the bedroom door was mandatory (I suggested their first stop on the way home should be the hardware store). My feeling is that if a mother is working full-time outside of the home, then she cannot possibly work full-time in the home. To that end, hiring a housekeeper to help with bathrooms, kitchen, laundry, and vacuuming is a must (if affordable).

I explained the various treatment options available to June to help her manage and treat the vaginal dryness she was experiencing. The onset of vaginal dryness could be associated with the oral contraceptive pill (which June was taking), breastfeeding, post-partum, peri-menopause and menopause, post chemotherapy or hormone therapy treatment, to name the most common. Learn more about the treatment options here >

Above all, June and Cameron need to be on the same page in raising their sons. The 'standing together on a united front' is key to successful parenting. Cameron then said, “I have been trying to get her to listen to your show on Sunday Nights.”  June said, “He chases me around the kitchen with headphones and I am trying to do the dishes, put the kids to bed, and get ready for the week.” I said to June, “You are not too keen on me, right?” We all laughed. I learned that I need to take into consideration the busy lives people are leading today, especially working moms.

So, with this advice and someone in your corner giving permission to hire outside help, you will likely want to get back to the bedroom, ladies!

6 thoughts on “Sex and the Working Mom”