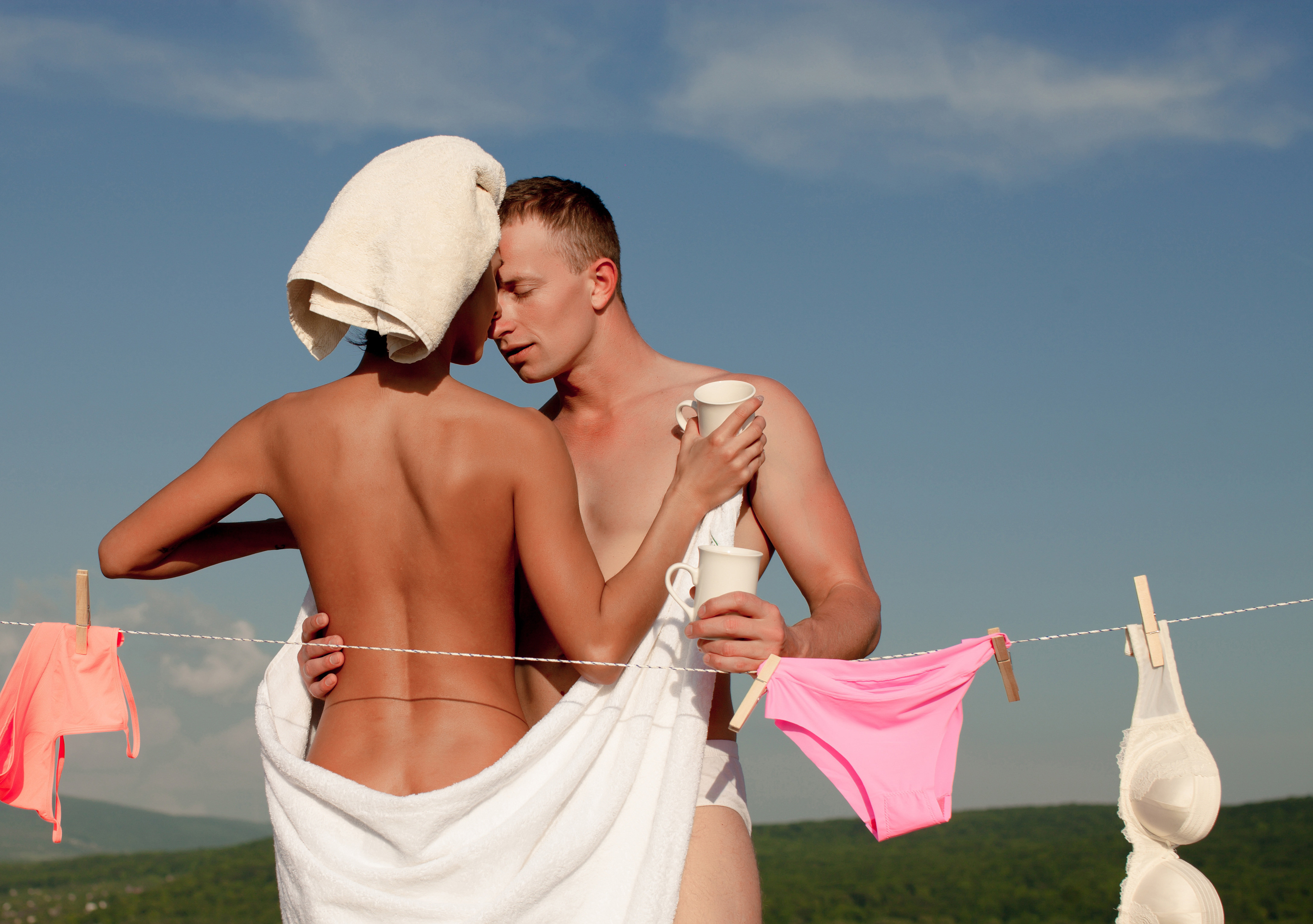 Such was the case with Robert who got himself into a right mess. Robert met a woman at work to whom he was quite sexually attracted. Robert of course was not the "cheating kind." No one ever is. They started with long chats over coffee breaks which rapidly progressed to lovemaking at lunch. They would go for long walks along the ocean and slip in behind a tree in the forest, having passionate sex. It was fun and exciting!

Robert was at great risk for an extramarital affair (not an excuse) as he was a very vulnerable man. You see, Robert 43, married father of four was in a sexless marriage. He and his wife had not had sex for two years. He wasn't exactly sure why, he said. She'd had a million excuses. Fatigue, headache, too cold, too hot, fat stomach, it's painful and on and on... He wasn't sure which one to believe. They still got along quite well and parented even better together. He was happy with the relationship, just very unhappy with the lack of sex.

Problems begin when his lover told him she had chronic Hepatitis B. Hepatitis B is a liver disease caused by the hepatitis B virus (HBV). HBV is spread through contact with infected blood and body fluids including semen and vaginal fluid. Many people will contract acute Hepatitis B and will clear the virus within six months. In others it will become a chronic disease and may lead to cirrhosis, liver cancer, liver failure and early death. People can be vaccinated against Hepatitis B, however about 7% of those vaccinated will not build immunity.

Robert was a bit of a germaphobe and this led to anxiety for him. He and his mistress practiced safe sex with condoms and he used a dental dam to go down on her. This didn't give him 100% comfort and it shouldn't. Only 50% of those infected with HBV exhibit symptoms which may take 2 to 6 months to appear. Symptoms of HBV infection are: fatigue, loss of appetite, fever, nausea, vomiting, dark urine, pale stools, stomach pain, joint pain and jaundice. You can still infect someone during this time. Robert was devastated to learn that he may transmit Hepatitis B onto his unsuspecting wife.

The other problem for Robert was that his mistress was pressuring him to leave his wife and move in with her. He just wanted the sex, she desired more. This gave Robert pause."Would the sexual desire wane in the relationship with his mistress after a few years?" he asked. Most likely it would, due to the brain hormone PEA which accounts for the excitement when you first meet someone. The covert nature of the affair adds another element of excitement as well. I also reminded Robert that his risk of contracting HBV was significantly greater if he moved in with his mistress.

After careful consideration of his situation, Robert realized he might be jumping from the frying pan straight into the fire. I suggested he return to his wife and his marriage emotionally and hopefully with time and guidance, physically too. In order to do this, he would need to cut off all ties with his mistress. It would hurt. He and his mistress would need to grieve that relationship. I also recommended he obtain a Hepatitis B test now and again in six months.

But the repair of the relationship would need to begin before the tests results were back. His affair was his and he would have to bear it's burden. He felt guilt and wondered if he should disclose this to his wife. No need at this point. Telling her about his affair will only hurt her. That may change and there may come a time when he has to do so. Let's hope not.

Robert felt this was a good plan. Regardless of the outcome, Robert would feel better knowing he had at least tried to work out his marital issues. It's been three weeks since Robert came to see me. I see he and his wife have made and appointment with me for next week. Let the healing begin.

It's stories like Robert's that inspired me to write Sex & Health; Why One Can't Come Without The Other available for download on Amazon. You can also order it in hard copy on my website: Sex & Health Hard Copy

Maureen McGrath hosts the Sunday Night Sex Show on CKNW. She is a registered nurse , executive director of the Women’s Health Initiative Network, and in clinical practice in North Vancouver. She also does telehealth consults for people and couples all around the world. A TEDx speaker, she is author of Sex & Health: Why One Can’t Come Without the Other. Her radio show is a free download on iTunes. Sextalk

To book an appointment email Maureen at: nursetalk@hotmail.com