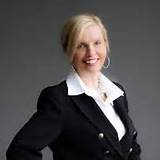 With approximately 80 percent of all working-aged women in Canada participating in the labour market, there’s no question that tremendous strides have been made toward women's full participation in the workforce. What’s more, over 17 percent of those women are also the chief breadwinners for their families.

While we’ve come far towards addressing inequities in the workforce’s composition, we have yet to address the numerous inequities that stand in the way of women’s full and meaningful advancement within the workplace—one of which is their unique healthcare needs.

Through research for this paper, we found agreement amongst employers that extended medical leave has a distinctly negative impact on women’s career trajectories. Ninety percent of employers agreed that extended leaves from work negatively impact employees’ career advancement opportunities while 85 percent of human resource professionals agreed that policies need to be changed to better accommodate and retain women in the workplace.

One way to bridge gaps in the workforce and lessen women’s need to take medical leave is through the adoption of a gender-based approach to healthcare; or, through designing healthcare to better accommodate the unique needs of women.

At present, there are numerous ailments that specifically affect women without any publicly covered, non-invasive treatment options. Take the case of uterine fibroids, for example—a condition I frequently encounter as a nurse in my clinical practice.

Uterine fibroids are the most common benign growths in women of reproductive age, affecting as much as 70 to 80 percent of all women by age 50. The symptoms last, on average, for eight years and include severe pelvic pain and prolonged uterine bleeding, among others.

Despite the prevalence of these growths and the resulting amount of missed work they cause, there is currently no publicly funded oral treatment in British Columbia. Instead, the most common treatment is a hysterectomy—an invasive procedure that involves the surgical removal of the uterus and often requires months of recovery time before women can return to work.

There are alternatives to surgery for treating uterine fibroids—though they are currently not covered in British Columbia. One such alternative is an oral medication called Fibristal that allows women to potentially delay or avoid surgery altogether.

While the federal drug approval body, the Canadian Agency for Drugs and Technologies Health (CADTH), has positively recommended Fibristal, British Columbia is still the only province in Canada that doesn’t cover it.

Coverage for prescription treatments that delay or even avoid the need to take medical leave would represent a well-overdue investment in women’s economic and physical well-being—not only reducing their need to take extended medical leaves from the workforce, but providing an investment in their overall economic security and professional prosperity.

At the Women’s Health Initiative Network, we are hopeful that making these investments will be a priority of the new government, which has publicly committed to addressing the discrepancies in our health-care system. The government’s commitment to implement $10-a-day childcare, for example, is a promising start towards minimizing these discrepancies. Providing coverage for the latest treatment options for women that may eliminate their need for surgery would be another.

Take the example of Sarah, a patient I assisted in my clinical practice. She was a single 40-year-old professional mother of twin toddlers. When she was diagnosed with uterine fibroids, she was told the only treatment option was surgery, which profoundly impacted both her career and finances. She had used all of her paid sick leave and so earned no money while she was off recovering. She also needed to add evening care to help her. She told me she wished she’d known about Fibristal.

By broadening the discussion around women’s economic success to include the real but invisible factors that shape it, we hope to encourage both the public and policymakers to consider how our healthcare system can be made more equitable.

Maureen McGrath is a registered nurse , executive director of the Women’s Health Initiative Network, and in clinical practice at North Vancouver Women’s Clinic. She also hosts the Sunday Night Sex Show on CKNW, is a TEDx Speaker, and author of Sex & Health: Why One Can’t Come Without the Other. Her radio show is a free download on iTunes. Sextalk